Characters Make The Story or Movie or ...

As writers, we watch people. We look at them physically, but we also try to understand what makes them tick.

Why? Because they become the integral part of our stories.

Have you ever read a book without a hero, heroine, bad guys or good guys? No - at least not a fiction book where someone has written a story for entertainment.

Have you ever seen a movie without a hero, heroine, good guy or bad guy? No, again if its one for entertainment. I doubt you ever will.

Even children's books have them. They might be in the form of a hippo, a pig, horse or rabbit, but it's the characters who pull us in and make us keep reading a book or watching a movie.

So, what types of things do we as writers need to develop our characters? Everything!

We have to give them a name. Does it matter what name we give them? No, but hopefully we won't name an English lord Takamoto or a Japanese girl Mary. Do you see a name can give you the first hint about the character?

We have to give them a heritage. Where did they come from? Are they close to parents and family? Did they have a religious background? What job do they hold? Education they have, age, etc. All of these things make up who we are and in turn as a writer, we need to create the same for our characters.

Then we need to know what they look like. How old they are. Height, weight, hair color, eyes and the list goes on and on. Sounds like a lot of work right? Not really, but in order to make them real people that readers want to relate to, we have to make our characters seem real, and this is the way an author or writer does it.

Oh no, we're not finished yet. We need to make them unique. Give them character traits like being scared of spiders, loving to drink tea, etc. They need to have to have likes, dislikes, skills, etc.

I never realized what was involved just to write a story until I started writing one. You can see why so many authors feel like they lost a good friend when they write "The End" and have to move on to another story. We've spent so much time getting to know our characters that sometimes it's hard to say goodbye and move on. But moving on is what we do. We create new heroes and new heroines and give them new issues to deal with.

We're each individual. Think about it when you read your next story or watch that new movie. The characters you meet will be individual. No two will be exactly the same. That's why we like them.

My story, A Tug At My Heart, takes place in 1892. Catherine is struggling with the death of her husband, the birth of a new baby, and finding a way to survive alone in a remote mountain cabin. Zed is the foreman of the silver mine in La Plata, Utah, trying to keep miners on the job and the mine producing like his boss wants.

While reading a western or regency story, have you ever wondered what else was going on during that time?  Well, thanks to the internet and Wikipedia, I found a few interesting things that happened in 1892 and I'd like to share some of them with you.

Let's start with La Plata information I found from the Utah Historical Quarterly, Vol 50.
Lots approximately 25 X 75 were sold for $2.50 in La Plata. 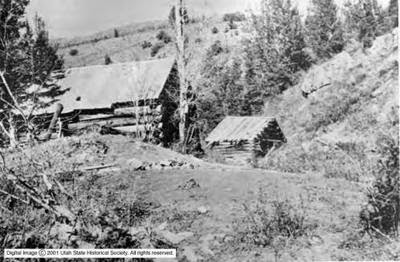 La Plata never had an official cemetery. No man was ever killed or buried in La Plata. Sick or injured men were shipped to the Logan Hospital.

Miners working below the surface made $3 a day while workers on the surface earned $2.50 a day. This did not include room and board.

For $12 a month, a miner could live pretty well in La Plata.  Beef was cheaper in La Plata than in Salt Lake City approximately 70 miles south. That really surprised me because usually food in cheaper in larger cities, but that wasn't true this time.

A loaf of bread was ten cents.

While La Plata was struggling to grow during the silver mine era, around the world several other things were taking place.  Some of which were:

On Jan 1, Ellis Island began accommodating immigrants to the Unites States.
Mar 11, the first basketball game ever played in public was between students and faculty at the Springfield YMCA.
In April, the Johnson County War breaks out between small farmers and large ranchers in Wyoming.
July 12, a hidden lake bursts out of a glacier on the side of Mont Blanc, flooding the valley below and killing around 200 villagers and holidaymakers in Saint-Gervais-les-Bains.
Aug 4, the father and stepmother of Lizzie Borden are found murdered in their Fall River, Massachusetts home.
Aug 9, Thomas Edison receives a patent for a two-way telegraph
Oct 5 - The Dalton Gang, attempting to rob 2 banks in Coffeyville, Kansas, is shot by the townspeople. Only Emmett Dalton, with 23 wounds, survives to spend 14 years in prison.
Nov 8, U. S. presidential election, 1892 - Grover Cleveland is elected over Benjamin Harrison to win the second of his non-consecutive terms.
Dec 18 - The Nutcracker ballet with music by Tchaikovsky is premiered at the Imperial Marinsky Theatre in St. Petersburg, Russia
In 1892, Thomas Ahearn is the first person to prepare a meal on an electric stove.

In was in the 1890s that Gustavius Franklin Swift and Philip Dan forth Armour made fortunes in the meatpacking industry while the refrigerated railroad car allowed foods grown in one part of the country to be shipped safely and cheaply to shoppers all over the nation.

In the 1880s and 1890s the standard for elegant dining was eight to ten course banquets. These were typical among the wealthy. At a dinner honoring Gen. Winfield Scott Hancock, the meal began with raw oysters, a choice of two soups, an hors d'oeuvre, and a fish course. The next course was a saddle of lamb and filet of beef followed by chicken wings with green beans and mushroom-stuffed artichokes. Afterward the diners were served sorbet to "cleanse" their palate before tackling the course of canvasback duck and quail. Desserts included timbale Madison, various kinds of ice cream, whipped creams, jellied dishes, banana mouse and various elaborate pastry dishes. The dinner ended with coffee and liqueurs served with fruit and petits fours. Oh my goodness - can you imagine a meal like this?

Now compare what the western and Midwestern travelers survived on - heavy, greasy foods, mainly fatback (meat from the back of a hog) cornbread, and perhaps a handful of seasonal vegetables.

I was surprised at all that happened in 1892. As Catherine and Zed spent their days in the high, mountains of Northern Utah, so many things were happening that they may not have been aware of, but that would affect the world as they knew it.

Can you tell I enjoy history? Hope you found some of this interesting like I did.

Posted by KRBailey, Author at 3:16 PM No comments:

Friends - Our gift to Ourself

"A friend is a present you give yourself."  Unknown

This made me think of all the wonderful friends that I'm lucky to have. That's when the above saying came to mind. Friends are special presents in this life. Here's another thought about friends that I love:

Make new friends,
Keep the old.
One is silver,
The other gold.
Unknown

I don't know who wrote these thoughts but I think they convey my feelings perfectly. I have friends I've known since high school (and believe me that's a long time ago). I still cherish the time we get together. Seems like lately, we don't get together as often as we used to, but I love that we can go for ages and not see each other, but when we do, it's like no time has passed. We can laugh about the past. It's fun to catch up on their family, what they've been doing. Not all have had easy lives - as many of us don't - but we can smile and exchange how we handle the day-to-day trials.

I have friends I've just met either from work or through my writing organizations. They are special people. For whatever reason, we bonded. We have the same interests. We have fun. We don't have a long history, but we've grown close, gotten to known about each other, our families, and enjoy time together.

I also have family members who are more than a sister or inlaw, they are friends. We were thrown together because of family, but we cherish those wonderful times we spend together.

Lately, I've met a few new people -- usually readers like myself, and we may never see each other again, but for a few brief moments, we talked, laughed, shared what we like, and moved on. There are just so many great people in this world.

I've been blessed. I have a lot of great friends. Some are wonderful acquaintances. Others know my secrets and still care about me. I know I can call on them for help and they'll be there.

Friends are angels who lift us to our feet
when our wings have trouble remembering
how to fly.
Anonymous

Have a great day!

Posted by KRBailey, Author at 6:51 PM No comments: